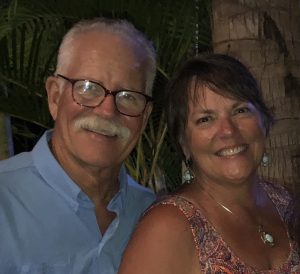 The owners of Castillito del Caribe are Dawn Fleming and Tom Clifford. Dawn is originally from Minnesota, but lived in Orange, California for 20 years. She met Tom in 2000, who is from Newport Beach, CA. Tom & Dawn were married in 2003 in Cane Garden Bay, British Virgin Islands while chartering a 35′ sailboat for 16 days. Tom is a retired electrical engineer. Dawn is a former business attorney, and a direct sales marketing director in the anti-aging space.
In 2010, Dawn and Tom sailed Santorini, a 50’ center cockpit ketch from SoCal, 5000 miles though the Panama Canal and relocated to Florida. They lived in Florida for 6 years, until June, 2017 when they sold their cars, most of their furniture and other belongings and moved to Isla Mujeres to live full time. 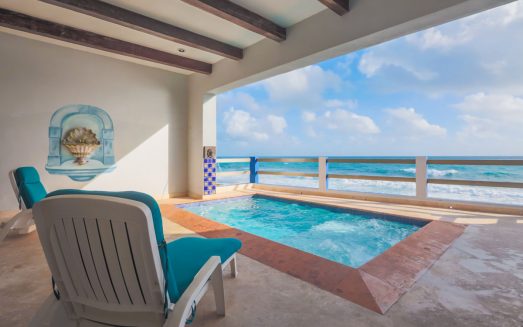