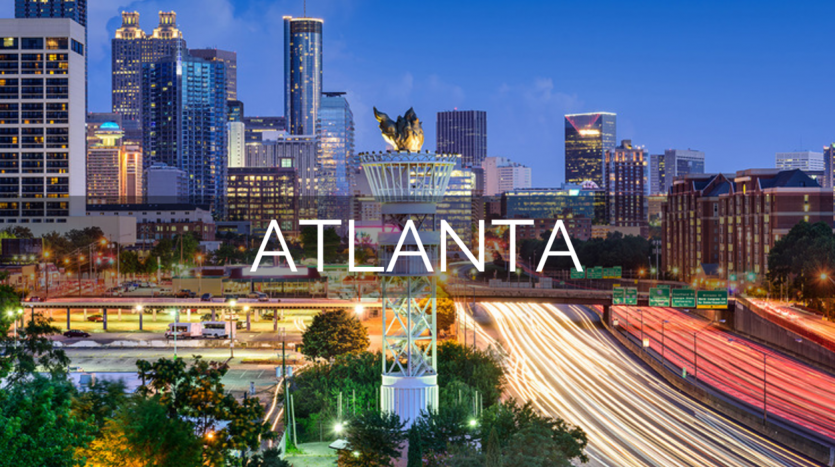 There is one place in the Southeastern part of the United States that stands out.

This place is Georgia and Atlanta is its center. Atlanta, Georgia is a huge city that is home to 420,003 individuals as of the 2010 census.

This vital hub in the Southeastern United States provides the all important transportation center for the region thus making the city a crucial part in the business.

Highways, railroads and air transportation connect Atlanta and its surrounding cities and towns to the rest of the country and the world.

Suffice to say, Atlanta is a strategic location for business and commerce for Georgia.

The history behind the name
In 1836, the Georgia General Assembly agreed to create a system of railways to connect different parts of the country.

This endeavor required a survey of the land in order to choose the initial route of the train.

The first point called the terminus was also referred to as the Five Points.

In just a year or so, a community emerged around the zero milepost that was initially called Terminus.

But it was renamed Thrashville in honor of the local merchant who helped start the community.

After some time, it was renamed Marthasville. But the Chief Engineer of Georgia suggested that the place be called Atlanta-Pacific.

The name showcased the audacious goal of connecting the country from the Pacific coast to the Atlantic coast.

A social rebirth
In the 1960’s Atlanta became the center of the Civil Rights Movements.

In fact, Mayor Ivan Allen Jr. of Atlanta was one of the few mayors in the South to support desegregation in public schools.

Another milestone was established here when the first black Mayor, Maynard Jackson was elected to office in 1973. Of course, there were still some difficulties for the African- American communities but it was a lot less than in other states.

The example of Atlanta in bringing a rebirth to social equality was instrumental in sounding off the need for social reform.

The Unique City of Trees
One of the many things that make Atlanta unique is the abundance of trees in the city.

It is for this reason that the city is often referred to as the “City In A Forest” or “City Of Trees”. Having 36% of the city’s land covered with trees, its nickname is aptly chosen.

In fact, the tree coverage of Atlanta is even higher than the national average of 27%.

This distinction has garnered the city the name “Place of a Lifetime” by the NationalGeographic.

Cool in the south
Atlanta is relatively cooler compared to other states around it.

This can be attributed to the fact that it is situated on the Piedmont Plateau between 800 and 1,900 feet above sea level. The City of Trees experiences a wide range of temperatures.

On a typical day, there can be a 20 0F difference in temperature from morning to nighttime.

The warmest months here are during June, July, and August with temperatures up to 78.1 0F but can easily reach 90 0F.

On the other hand, the lowest is in December and January with temperatures ranging from 41 0F to 44.5 0F.

Precipitation is also a common occurrence there especially during winter and early spring.

Spring and autumn are ideal times to visit this city as fair weather can be expected.

The road to Atlanta
First up, getting to Atlanta can be done in a myriad of ways.

You can opt to fly in using the Hartsfield-Jackson Atlanta International Airport.

Being just 8 miles from downtown, this route takes you to the action in no time.

But be aware, this airport is considered as the busiest airport in the world.

But you can put your mind at ease as this international airport is equipped with the right personnel and infrastructure to accommodate travelers going in or out of Atlanta.

Another option for getting to Atlanta is through train service.

The Amtrak provides daily services. The train’s route is from New York to New Orleans with Atlanta somewhere midway.

The train station is north of the airport and downtown.

Commuters can also choose to ride the bus or even drive to the city.

By simply using the US Interstate Highway they can reach Atlanta without any difficulty.

The following interstates serve Atlanta: I-75 for those coming from Detroit to Florida, I-85 for mid-Atlantic to New Orleans, I-20 from Texas to South Carolina.

The I-285 called the perimeter of Atlanta circles the city and connects the interchanges as well as the airport road.

What to do there
Atlanta offers a diverse mix of attractions from parks, museums, theaters, sports and even festivals.

Good eats in Atlanta
Atlanta is home to some of the country’s best dining spots. Pittypat’s Porch, Dante’s Down the Hatch, The Varsity, The Sun Dial, R. Thomas Deluxe Grille and other dining spots will truly give you Southern hospitality along with great food.

Shopper’s Delight
Don’t forget to shop while in Atlanta. This city is filled with many wonderful shopping areas.

Enjoy an eclectic shopping experience from art, antiques, crafts or thrift stores. Buckhead Offers more than 1,400 retails stores that will be a challenge to visit in just one day!

For antique enthusiasts, the places to visit include The Little Five Points, Virginia Highlands, and the East Atlanta Village.

Go Eco
You can have a laid back and relaxing time in Atlanta as well.

Visit parks like The Centennial Olympic Park in Downtown, The Piedmont Park in Midtown or the Grant Park which is home to the Atlanta Zoo.

Other attractions include the World of Coca-Cola Tour, The Georgia Aquarium – the world’s largest, The High Museum of Art showcasing 11,000 art pieces and Stone Mountain Park.

Make no mistake about it, when you visit Atlanta, you will be treated to a place that is truly unique.

From it’s historical past, to the modern day adventures, Atlanta will surely be an adventure like no other.