New Orleans Louisiana is the Place to be 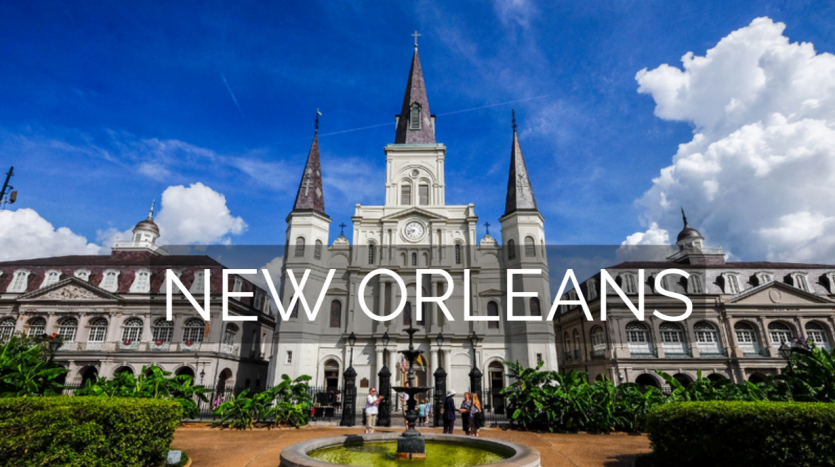 New Orleans Louisiana is the Place to be

Home to some of the world’s most popular musicians such as Louis Armstrong and Lenny Kravitz, the city of New Orleans Louisiana is where jazz was born. The city in which music is a part of its history and identity is located in the southeastern part of Louisiana.

The city of New Orleans was named after Philippe d’ Orleans, Duke of Orleans, Regent of France. Its heritage is quite rich with European traditions blended with Caribbean influences.

It was in 1682 when Sieur de LaSalle explored Mississippi and claimed the territory for France and named it after King Louis XIV who at that time was the reigning royal. Louisiana Territory extended from the Mississippi to the Rockies and the Gulf of Mexico to Canada.

The year 1718 marked the birth of New Orleans. It was during that year when a strategic port city was founded by Siede de Bienville. The city was reclaimed from a swamp and named La Nouvelle Orleans in honor of Philippe, Duke of Orleans. The people who settled in the bend of the Mississippi were French in origin. It was only in 1762 when Louis the XV gave Louisiana to King Charles who is a cousin of his and of Spanish descent. Though Spanish rule was quite short, its influence on the city’s culture apparently left an imprint. Added to its diverse culture is also the flocking of refugees from the Caribbean to the city after the Haitian Revolution which lasted from 1791-1804.

Louisiana was sold to the United States of America in 1803 which increased the size of American territory. The city dominated the Caribbean in the 18th and 19th century and was well known as the most active port city and trade destination.

The climate
New Orleans has a humid subtropical climate. It has mild and rather short winters and summers that are hot and humid. Expect summer months to be the wettest while the month of October is the driest.

Things to do in New Orleans Louisiana

Join the Festivities
New Orleans Louisiana surely knows how to celebrate the good things in life through its popular festivals and Mardi gras. After all, these celebrations are what drive the city’s tourism industry which is primarily its economic backbone. These festivities are the heart and soul of the city. With its interesting history, rich cultural heritage, unique culinary arts, renowned music and its spirited people, there are just so many reasons to celebrate.

Feast your Eyes on Rich Culture and History
New Orleans, Louisiana is rich in history, culture, and traditions that are evident when you visit its world-class museums, art studios and galleries. Visit its historic neighborhood and delight in its fascinating architecture.

Savor Exquisite Taste
New Orleans, Louisiana is famous for its Creole cuisine which is a style of cooking influenced by a blend of cuisines which makes it unique and a joy to the palate.

Love Sports
New Orleans Louisiana offers a variety of outdoor activities that any sports enthusiasts would truly enjoy. The city has hosted many major sporting events so if you are a fan of basketball, football, golf, horse racing and any other sport that comes to mind, a visit to the Road Capital of the US is worth the trip.

Enjoy the Outdoors
New Orleans Louisiana is surrounded by the Mississippi River and the waters of Lake Pontchartrain, giving outdoor lovers the chance to explore the city and the natural environment whether by foot or bicycle. Barataria Preserve and Bayou Segnette State Park are great destinations to visit while in the city. And if fishing is your kind of thing, the wetlands of the Mississippi River will truly be an exciting adventure for the whole family.

Become a Music Lover and Enjoy the Night
New Orleans Louisiana is known to be the birthplace of jazz. Music has been always been a part of the lives of the people in the city. Enjoy it from the street performers to the intimate clubs and concert halls. Your nights will be full of fun and unforgettable experiences in the city that never sleeps. An array of entertainment is available. Whatever your definition of fun is; live music, theater, casino, bands or bowling, you name it Louisiana’s got it.

Shop till you Drop
When in New Orleans Louisiana don’t miss out on visiting world famous Magazine Street which is locally known as the “Street of Dreams”. There you can experience six miles of eclectic shops, art studios, galleries, trendy boutiques, restaurants and cafes which cater to different tastes and styles. Truly a shopper’s dream.

New Orleans Louisiana with its tropical climate, rich culture, magnificent architecture, lush environment and its people are what makes it a perfect destination for the whole family.