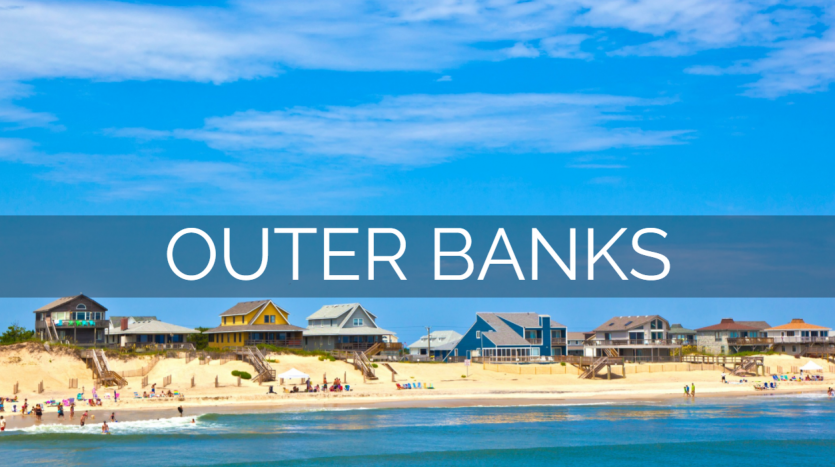 The Outer Banks of North Carolina is a narrow string of barrier islands where the Wright brothers staged the first air flight in December of 1903, at Kill Devil Hills near Kitty Hawk.

These small islands are also the first piece of the Americas that the English made an attempt to colonize, laying the groundwork for its nickname “the land of beginnings”.

The failed attempt is now known as “the lost colony”.

If you’re looking for a unique way to learn more about the history of “the graveyard of the Atlantic” and how it gained its various titles, see the “Ghost Tours of OBX”.

The ghost tours bring you on a haunted expedition around some of the island’s numerous shipwrecks and fabled, haunted sites.

The hosts of the tour put on live performances with ghostly tales, such as the chilling story of the Sea Captain who haunts his Outer Banks birthplace or the story of the ghostly dancers.

Carry along your camera and discover all the legends of pirates, shipwrecks, and love in Manteo.

Tuesdays and Thursdays from 6:30-7:30 pm you can go to the wine tasting event at Trio, Club Seaside.

The weekly event features top notch wines and cheeses from all around the world.

Trio also sports a cleverly engineered atmosphere, a mix between an Italian Bistro and an English Pub with comfort in mind.

Feeling more up for a freshly tapped beer?

Feeling more up for a freshly tapped beer? The trio has you covered with 24 of your favorite brewed beers on tap.

Try Trio’s “Trio Flight” if you want a sample of four of their unique brews of your choice if you just want to find your flavor.

For a lazy day or a get-together, both of Trio’s lounges have a spot for you to chill out and play a game of billiards.

Believed to roam the northern beaches of the Outer Banks for over four centuries are wild horses, you can catch a glimpse of them wandering the surf in many areas, especially near the Corolla Wild Horse Museum that was built in the early 1900’s.

The Corolla Wild Horses, as they are known, are direct descendants of Spanish Mustangs imported to the Outer Banks by early explorers.

The Corolla Wild Horses are such a significant cultural and historical resource that in 1995, the state of North Carolina signed a proclamation stating so.

One way to see these majestic horses is to book a guided off-road tour, which will take you around to areas that few know or can get to.

But you have to remember to book early because these tours are always in high demand.

The Outer Banks truly bring legends to life; Ocracoke on OBX was actually the home of the famous pirate Blackbeard and is also his burial place.

Something else unique to this part of the islands is the area’s pronounced accent derived from the early English settlers, whose descendants still inhabit the island to this day.

The brogue is more noticeable the farther south you go.

The Outer Banks is almost the only place you can find the plant “Yaupon Holly” (llex vomitoria), the leaves of which were roasted and then brewed into a beverage the Native Americans called “the black drink”.

The lifestyle of the Islands is a pleasing experience and the thriving prominent history shared throughout the islands are sure to enchant you to stay for more than you plan to.

Tampa – A Contemporary and Historical Center of Florida
San Francisco