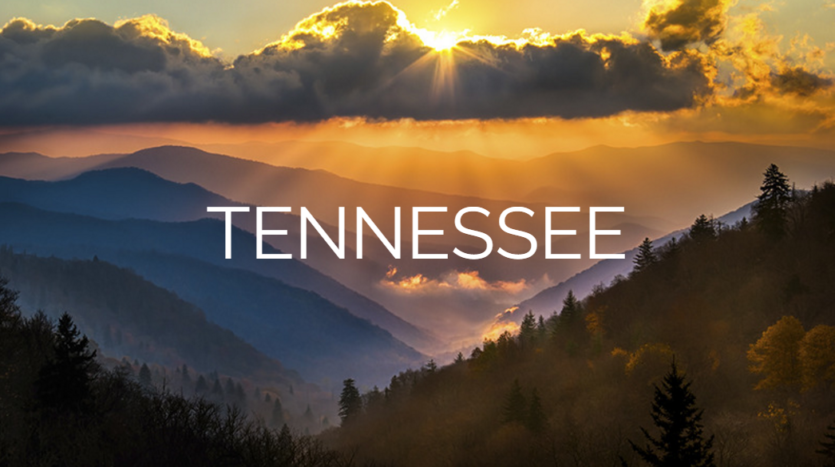 Wanting to have a vacation on American soil? Check out Tennessee. This state is well known for its diversified tourist spots. Experience the refreshing highlands and nature parks. Embrace, feel, and enjoy the splendor and hospitality of beautiful Tennessee.

Going back in History
The early settlers of Tennessee were believed to be Indians. Indians settled in the area more than ten thousand years ago. Then, in the 16th century, Tennessee became a resting place for European explorers who wanted to explore the southern part of America. In the late 1700’s, Tennessee joined the union of states. Tennessee became the sixteenth state of the union. During the American civil war, Tennessee was severely affected as the war took place mainly in the state of Tennessee. However, Tennesseans are very resilient and after the war, they stood up and moved on.

In World War 2, Tennessee held a great responsibility in supporting the military. The evidence of that is found in the military research facility in Tennessee. This facility created the atomic bombs which made the Japanese surrender. Throughout history Tennessee, has participated in major wars. Tennesseans have always learned and used those insights to establish a better state. Today, Tennessee has gone far from its struggles in the early years. In fact, the state is one of the biggest economies of the United States of America.

A bit about the climate
Tennessee has a subtropical climate. It has a mild winter as well as hot and humid summer. The temperature in Tennessee during the summer ranges from 68 degrees to 92 degrees Fahrenheit. Winter temperature here ranges from 30 degrees to 49 degrees Fahrenheit. Tennessee is also one of the states where there is a high presence of thunderstorms. On the Average, there are 50 days of thunderstorms in this state every year. Aside from that, tornados are also prevalent in Tennessee. Moreover, winter in
Tennessee is marked with occasional ice storms.

Attractions
Museum of Appalachia
“Creepy” is the best word to describe this museum. With all the exhibits having bloody and tragic origins, it’s not for the faint at heart. A few exhibits that will attest all those creepy feelings are: the Murder Bench which still has the blood stains of the victim, the old grandfather clock which is allegedly owned by a witch and the Bitten Bullet that is believed to be bitten by a World War 1 soldier. Plus many more exhibits that have their own creepy stories.

The American Museum of Science and Energy
Do you know Little Boy? If you are the kind who loves war time stories, then this museum is just right for you. The AMSE will bring you back to the years of the great World War 2. Here you can imagine how the American energy workers struggled to produce the Little Boy, the name given to the atomic bomb that was dropped on Hiroshima. You can also find the replicas of gadgets and technology used during war time.

The great Smoky Mountain
This is not just an ordinary mountain. This is a national park and heritage park of lush wild life, plants and the rich heritage of Southern Appalachian. This is an ideal place for family and group travels. You can have a picnic or go biking, hiking, fishing, horseback riding, camping and auto touring in the area. You can also find historic buildings of early settlements.

The Lost Sea
This majestic and enchanted cave is the home of America’s largest underground lake. The best part here, aside from the crystal blue waters, are the fishes that will circle your boat as you keep on moving to the inner part of the cave. It is an ideal place for family outings. Aside from that, taking a tour in this underground lake is very educational.

The Festivals
Tennessee has festivals year round. Tennesseans love to enjoy themselves and celebrate. Hence, a variety of festivals were formed. There is the annual Secret City festival in June that features Oak Ridge history exhibits, live musical bands, World War 2 re-enactment, kiddie fun games and food. There is also Oktoberfest in October which features live concerts with German music and German foods. There is also the Old Fashioned 4th of July festival which features a variety of fun games, rides, foods and different crafts exhibits as well as music and live performances. There are plenty of festivals you can enjoy when you visit Tennessee.

Truly, Tennessee is a great American tourist destination with diversified attractions to choose from.

BOOK A VACATION RENTAL IN TENNESSEE

$ 199 $199 Per Night
Love the bright lights of Music City but want to have a quiet space to call your own at th [more]
Wanting to have a vacation on American soil? Check out Tennessee. This state is well known [more]
33full info
Vacation Rental Owner – Bree Hewitt
more listings

16 Health Benefits Of Taking A Vacation
Make Vacation Rentals Accessible To Everyone!