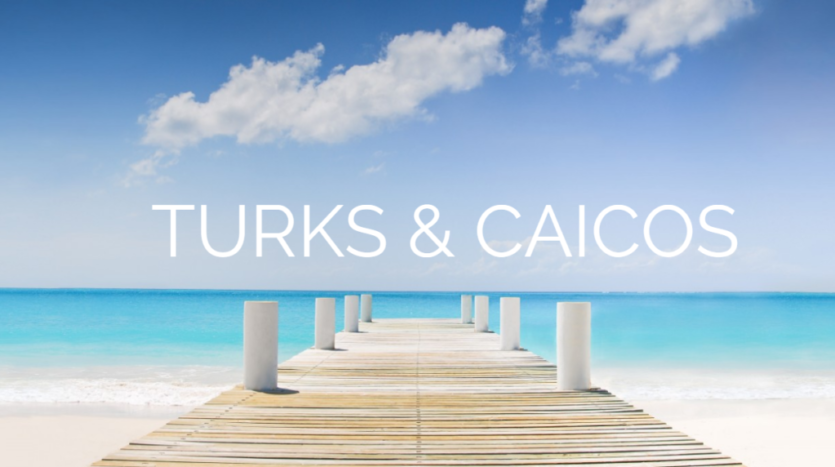 If you want the perfect getaway for you and your whole family, the Turks and Caicos Islands is the destination you have got to consider. A relaxing trip to Turks and Caicos islands will take you southeast of Mayaguana in the Bahamas and north of the island of Hispaniola.

Turks and Caicos have a total of 40 different islands and cays, with only 8 of which are inhabited. Among the islands, it is Providenciales that is well-known and is the center of tourism. A visit to the island of Grand Turk and Salt cay will offer you a glimpse of Caribbean history with its fascinating Bermudan architecture and great diving spot. Off to the North and Mid Caicos, you will be enchanted with the lushness of the green woodlands and the biggest cave network in the Caribbean. Marine life is abundant in South Caicos which made it known as the center for fishing. You will find the most exclusive resorts, Parrot Cay Resort and Meridian Club, in the privately owned Parrot cay and Pine cay.

History and Culture
The Taino and Lucayan Indians were the early settlers of the islands of Turks and Caicos. Being the only residents in the islands, they have lived in peace on their own for almost 700 years. They settled mainly in Middle Caicos and Grand Turk and were skilled in fishing, farming and gardening. The name of the islands came from these original settlers. Turks refers to the indigenous Turk head cactus and Caicos comes from the Lucayan term “caya hico” which means a string of island. It was in 1492 that Christopher Columbus set foot on the island during his famous voyage. Shortly after that, the Lucayan civilization disappeared. The year 1512 marked the sighting of the islands by the Spanish conquistador Juan Ponce de Leon. It was in 1706 that the Island of Turks and Caicos was captured from the Bermudans by the Spanish and French. By 1710, the British recaptured it on behalf of Bermuda. And in 1873, Queen Victoria granted a royal charter which places Turks and Caicos as an independent colony.

The climate
Turks and Caicos Islands have a tropical climate. In an average year, you can experience the warmth of the sun on the islands for 350 days. The hottest months are June to October with temperature ranging from 85-90 degrees fahrenheit while temperature from November to May range from 80-84 degrees.

Tourist Attractions
Bird Watching
The Salt pond and inland marshes are breeding grounds to Turks and Caicos resident birds as well as migratory birds. 170 species of bird can be found all throughout the islands. The published pictures taken from these islands are proof enough of the overwhelming varieties that one can discover at Turks and Caicos.

Caicos Conch Farm
Turks and Caicos is where you can find the only conch farm in the world where Caribbean Queen conchs are raised from veliger to adult. Learn and watch howthe process is done and be entertained by a show featuring trained conchs.

Cheshire Hall
Be enchanted with this 200 year-old ruin, formerly a cotton plantation, which is one of the historic attractions found in Providenciales. The ruins have been carefully preserved by the National Trust and offer a breathtaking view of the island.

Grand Turk Cruise Center
The Grand Turk Cruise Center is a first class facility which offers changing rooms, showers and lockers for cruise line guests. Because of its beachfront access, guests can take a plunge in the sparking ocean waters or simply take a stroll along the beach. Guests can even rent a cabana for the day and have a luxurious massage. A 45,000 square foot shopping center is made accessible for those who enjoy shopping sprees. Duty free, high end stores as well as locally made souvenirs and crafts are just some of the shops that you can find at Grand Turk Cruise Center.

Grand Turk Lighthouse
The lighthouse and the lighthouse keeper’s house are historic sites and are protected by the National Trust. It provides some shade suitable for a picnic and a perfect viewing spot for the whales during the months of February and March.

Humpback Whales
Tourists can have the delight of seeing the magnificent North Atlantic Humpback Whales around the islands of Grand Turk and Salt Cay as they pass through the islands for their annual migration for mating and birth in the months of late January and early April.

JoJo the Dolphin
JoJo is an Atlantic Bottlenose Dolphin proclaimed by the government of Turks and Caicos as a National Treasure, with its very own warden appointed to protect it. JoJo is one of the few dolphins who voluntarily interact with humans in its own natural habitat.

Middle Caicos Caves
Tourists will be awed by the chain of limestone caves which are the largest in the Caribbean and the steep limestone cliffside of Mudjidin Beach in Middle Caicos.

The Hole
The 40 foot Hole is a naturally formed massive limestone found at Long Bay in Providenciales. Adventurous guests can be lowered down in the Hole with a rope. Turks and Caicos Island is a vacation destination where you can bring home a lot of fond memories and experiences. Each of its islands offer an array of different and unique experiences. Exploring the entire chain will truly be an amazing journey.

BOOK A VACATION RENTAL IN TURKS AND CAICOS

$392.86 per night
Grace Bay Turks and Caicos | Beach House Villa House, 2 Bedrooms + Other (See Description) [more]
If you want the perfect getaway for you and your whole family, the Turks and Caicos Island [more]
23full info
Katrina and Christopher Gaul
more listings

How To Write A Vacation Rental Description For Buyers! – By Jay William
Discover Aruba