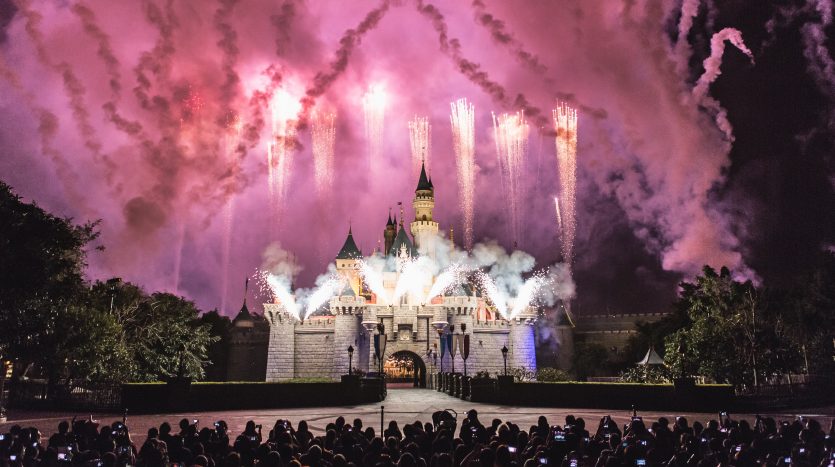 With resorts all over the world, cruise lines, theme parks and, of course, the famous animation studios that produces some of the most-loved children’s films, the word Disney has become synonymous with ultimate family fun and magical entertainment.

If you’re looking for an exciting vacation with your family, there’s no better choice than The Walt Disney World Resort just outside of Orlando, Florida.

The resort is actually found in Lake Buena Vista, and is more than just the Magic Kingdom that you may have seen on TV!

There are four theme parks, more than 20 themed-hotels, campgrounds, spa centers, two water parks and a handful of golf courses.

You will never run out of things to do at this amazing place!

You may even have to visit a few times to experience everything. 😉

Walt Disney World should not be confused with Disneyland in Anaheim, California. Disney World is much larger, and includes more varied entertainment options than its California forbear.

You’ll also be very pleased to know that you can easily travel between the parks and hotels, parking lots and ticket centers through one of the many transportation options. Disney Transport is free of charge, and there are also Disney’s Magical Express buses and a monorail system. You can also hop on a water taxi or ferry to get where you need to be.

The Magic Kingdom has six different areas, called lands that will appeal to kids as well as adults looking for some entertainment – Adventureland, Frontierland, Main Street, USA, Liberty Square, Fantasy land and Tomorrow land. Each land is filled with amazing rides, places to eat, shop and, of course, your favorite Disney characters. There are special events that take place at different times of the year that will lend some much-needed excitement to your trip. Don’t miss the light parade along Main Street, which lights up the night after the sun goes down!

At Epcot, you can visit Future World or World Showcase, or both. Future World is all about innovation, while the World Showcase highlights cuisine and culture from 11 different countries. The iconic globe at the park’s entrance is called Spaceship Earth. When you see it, you’ll know you’re in for some adventure!

Disney’s Animal Kingdom is the park that 1,700 animals call home! They represent more than 200 species from all over the world and you can see them up close when you spend some time at one of the park’s four interactive stations: the Maharajah Jungle Trek in Asia, Rafiki’s Planet Watch Courtyard, Conservation Station at Rafiki’s Planet Watch, and the Pangani Forest Exploration Trail in Africa.

Animal Kingdom also recently opened up a new world- Pandora: World of Avatar. You’ll feel like you’re in another galaxy as you explore bio-luminescent pathways and Avatar-themed rides.

Enter a world of movies, television, music and theater at Hollywood Studios! You’ll be behind the scenes of some of the most famous American classic films. Enjoy Hollywood-inspired attractions like Twilight Zone Tower of Terror, Toy Story Mania, Rock ‘n’ Roller coaster, Indiana Jones and more. Watch Beauty and the Beast Broadway Musical and Star Wars: A Galactic Spectacular. Be the first to explore the new Toy Story Land scheduled to open June 30, 2018!

When you’re tired from all that adventure, you can rest in your private vacation rental. Orlando is home to amazing vacation rentals only minutes from Disney World. Check out our featured Orlando properties below.

Visit The Grand Canyon: A Natural Wonder of the World
Things To Do While On Vacation In Jamaica