What To Do In Australia On Vacation 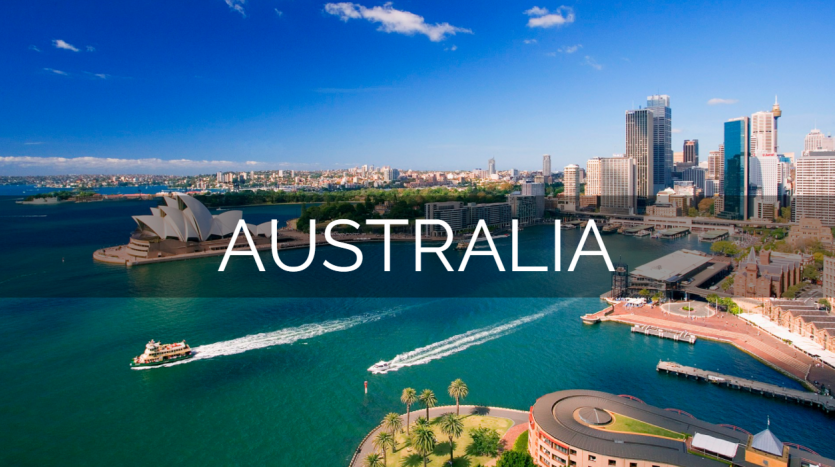 Considering a vacation to Australia?

Well, let’s have a look at what Australia is all about, what to do in Australia and perhaps some of the activities you might want to visit.

So when it’s freezing cold in Colorado, it’s probably warm and sunny in Australia.

A good reason to go there, in the middle of the Northern winter.

Australia is a continent surrounded by water. Like the US, it’s divided into different states with Local and Federal Government.

Each state is distinctly different and has many unique attractions.

Consider Australia like the face of a clock. It’s roughly a large round continent with one major island to the South East or about 5 o’clock on your clock-face.

This island is called “Tasmania” and it is one of the independent States of Australia.

Most of the population of Australia lives on the coastal rim of the country.

The country has been populated over the last couple of hundred years by people from all over the world.

Today the population is so cosmopolitan, that you can easily walk down the main street of any of the major cities and see people from Polynesia, UK, Asia, Africa, US etc.

This diversity of the population gives the country a huge range of attractions.

From the native Aboriginal culture to the French, Italian, Greek and Asian communities, there has developed a wide range of “flavors” in the country.

Visit the Aboriginal villages or museums to see how these “Nomads” of Australia have lived for hundreds of years, in the barren central landscape.

Or Visit the “Chinatowns” or “little Italies” to experience traditional and modern cuisines.

Sydney is probably a good place to arrive in Australia. It’s the commercial center, just up the road from the “Capital” city of Australia “Canberra”.

Sydney is a harbor city like San Francisco, with a Northern shore and a southern shore connected by a harbor bridge.

Going back to our “Clock” analogy earlier, you will find Sydney at the 3 o’clock position.

It has a world famous Opera House, like pearl shells clustered in the brilliant sunshine.

Its Located in the heart of the city, alongside the ferry terminal which takes commuters and visitors to all corners of the fabulous Harbour.

Go to Manly and enjoy the seafood restaurants. Go to the Sydney Zoo or the Fun parks lining the harbor.

You could spend weeks on the ferries alone, exploring all Sydney has to offer.

Melbourne is the second largest city in Australia.

Known as the Cultural Center, it sits at the mouth of the “Yarra” river on a large crescent shaped bay opening out onto the Southern Ocean.

It’s a bustling city with Art Galleries, river walks, the “Dandenong” Native Forest Ranges to the South and the Snowfields to the east.

On the way to the Snowfields is “Phillip Island”. A National Park famous the world over for the “Walk of the Penguins”.

Hunker down in the tourist dugouts and watch the Parade of the Penguins at dusk, as they return from a busy day at sea catching fish.

Adelaide is a beautiful city also situated on the mouth of a large inland river.

It’s situated at about 6 o’clock on our clock-face. Beautifully laid out on a relatively flat plain, it shows an English heritage with many stone buildings, parks, and boulevards, where the locals parade up and down in the sunshine and enjoy a relaxed and cultured life.

The “Barossa Valley” is nearby for the Wine Buffs. An area where some excellent Red Wines are made for world consumption.

The “Ghan” railcar leaves here for its trip through the barren but beautiful heart of Australia on a 3-day journey to the Northern Coastal City of “Darwin” located at 12 o’clock on our imaginary clock.

On the way to “Darwin” visitors can visit “Ayers Rock” (now called by its native traditional Aboriginal name “Uluru”) a huge rock in the middle of the desert.

At sunset, it glows bright red and has many stories and legends to tell.

Take the time to visit one of the wonders of the world.

Traveling clockwise to about 8 o’clock brings us through the “Nullabour” desert to the beautiful Western Australian town of “Perth”.

More Millionaires per mile than anywhere in Australia.

Perth is the nearest city to the huge mining boom Australia is experiencing.

Iron ore and other minerals for export to Asia have created many wealthy companies and individuals.

At about 2.30 on our Australia “Clock” and back on the East Coast is Brisbane and the Gold Coast Cities of Sunny Queensland.

Apart from the odd “flood”, this is the golden state. People go here from all over the world for the beautiful weather and golden beaches.

Visit such attractions as “Movieworld” and “Seaworld” and experience what Mother Nature has created in huge aquariums full of sharks and octopus.

Australia is a huge country with a booming mining-based economy. If you are, traveling to Australia, pack your sunhat and swimsuit.

Look forward to having a wonderful time…plan, what to do in Australia, as no matter how much time you have, you will never have enough, to see all that it offers.

What Is There To Do In Washington DC?
Arizona Vacation – Points of Interest